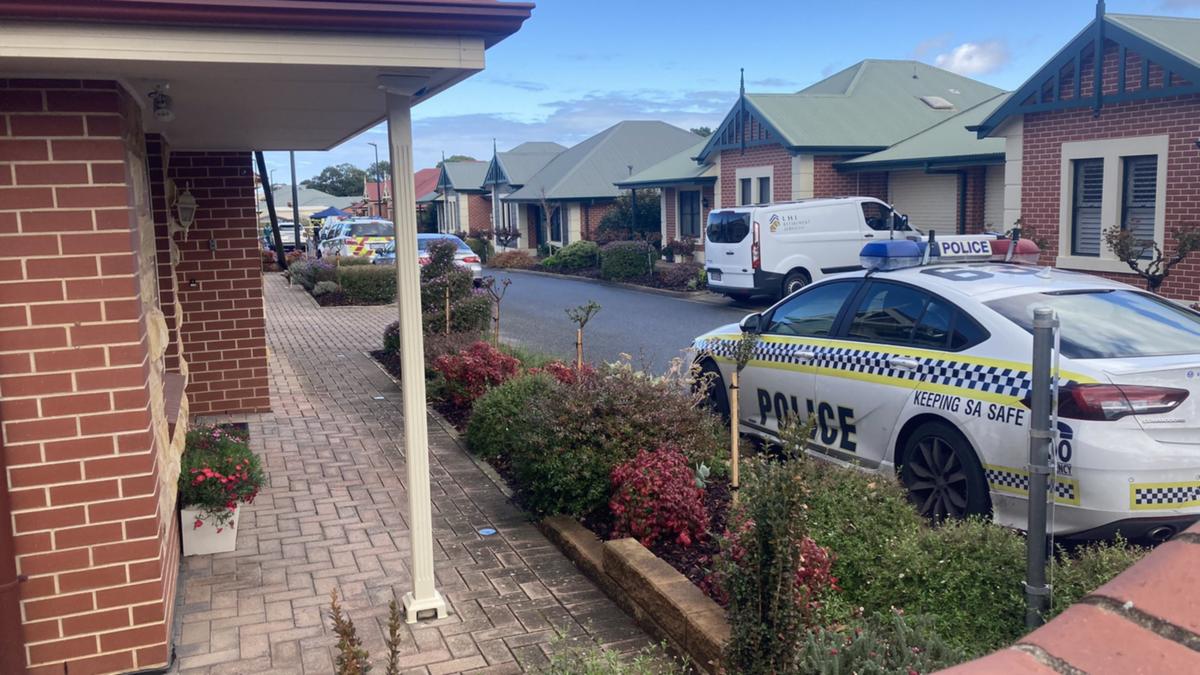 Two people have been found dead at a retirement village in South Australia in what police suspect was a murder-suicide.

Major Crime Detectives are at Glynde Retirement Village where the two were found and have launched an investigation.

Watch more on this story in the video above

7NEWS reporter Hannah Foord said a crime scene had been established in a rear unit of the retirement village on Barnes Road.

“Dozens of detectives have been called in to investigate this tragic incident.”

7NEWS understands that the bodies of an elderly man and woman were discovered just after 8am on Wednesday morning.

South African Police Superintendent Matt Nairn said police and paramedics were called to the scene after a member of staff made the grisly discovery during a routine check.

“At this point we can determine that we believe this to be a murder-suicide…we believe the man potentially killed his wife and then committed suicide,” he said.

“It’s an ongoing investigation. It seems rather tragic.

He said there was a smell of gas at the scene but it was “not a factor involved” in the tragedy.

Nairn said the couple, both 92, were not previously known to police and said there was no indication there was anything negative in the relationship.

Police were unable to confirm when the couple died, but said the family had been notified.

“As you can imagine, it’s very tragic for a family,” Nairn, adding “there are children to these elderly parents.”

If you need help with a crisis, call Lifeline on 13 11 14. For more information about depression, contact beyondblue on 1300 224 636 or talk to your GP, local healthcare professional or a trustworthy person.