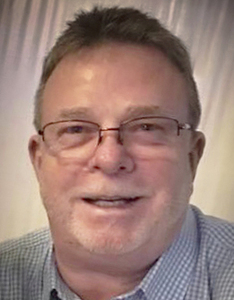 Thomas Charles Swihart Jr., 74, of Neshannock Township died on Sunday morning May 8, 2022.
Mr. Swihart was born on July 16, 1947 in Washington, Pennsylvania, the son of the late Thomas Charles Swihart Sr. and Elizabeth (Jarosz) Swihart.
Shortly after graduating from Trinity High School in Washington, Pennsylvania, he enlisted in the United States Coast Guard.
A proud veteran, Tom was stationed in Portland, Maine and served aboard the USS Barataria during the Vietnam War.
After his honorable discharge, Tom entered the Pennsylvania State Police Academy in Hershey. He was stationed at New Castle Barracks and served the area as a private for 25 years. While serving in the State Police, Tom served on the SWAT team, was an integral part of the Butler County Drug Task Force, and assisted in the formation and creation of the State Life Flight font.
In retirement, Tom had a successful career in industrial sales, including working for Zellerbach Inc. and International Paper, both in Pittsburgh. He also served as a school resource officer for the Neshannock Township and New Wilmington area school districts.
Additionally, he owned and operated Swihart’s Harbor Landing with Christine Swihart, his former wife.
A Free and Accepted 32nd Degree Mason, Tom was a member of Mahoning New Castle Lodge 243.
He enjoyed spending time outdoors playing golf, feeding the fish in his koi pond and shooting with friends and family, or just relaxing on the couch watching game shows.
Tom loved his family, especially as a father, “pap” and “pap-pap”, as his grandchildren affectionately called him. He was extremely proud of his Polish heritage and was fluent in the language.
An unrivaled storyteller with a sharp sense of humor, Tom also had a kindness that endeared him to friends, family and strangers alike. He was a gifted listener with the ability to make you feel like you were always the most important part of his day.
Tom is survived by two daughters, Amy Zurasky (Frank) of New Castle and Kimberly Saculla (Marc) of Boardman, Ohio; two sons, Thomas C. Swihart III (Bridget) of Pittsburgh and Sean Swihart (Shannon) of Slippery Rock; nine grandchildren, Frank, Francesca and Paige Zurasky, Alexa and Benjamin Swihart, Dillon and Ashley Swihart, and Dante and Magdalena Saculla; and a great-granddaughter, Aubrielle Zurasky.
Calling hours will be from 3-8 p.m. on Wednesday, May 11, 2022 at the J. Bradley McGonigle Funeral Home and Crematory Inc., 111 W. Falls St., New Castle.
A Christian Burial Mass will be celebrated at 11 a.m. on Thursday, May 12, 2022 at Holy Spirit Parish, New Castle, St. Mary’s Site, 124 N. Beaver St., New Castle, with the Reverend Brendan Dawson officiating.
Interment will be in St. Mary’s Cemetery, Union Township.
Military honors will be rendered by the New Castle Area Honor Guard.

Aged Care Vs. Retirement Village: Which Is Better?

SunLive – An eco-responsible village for retirees opens a clubhouse