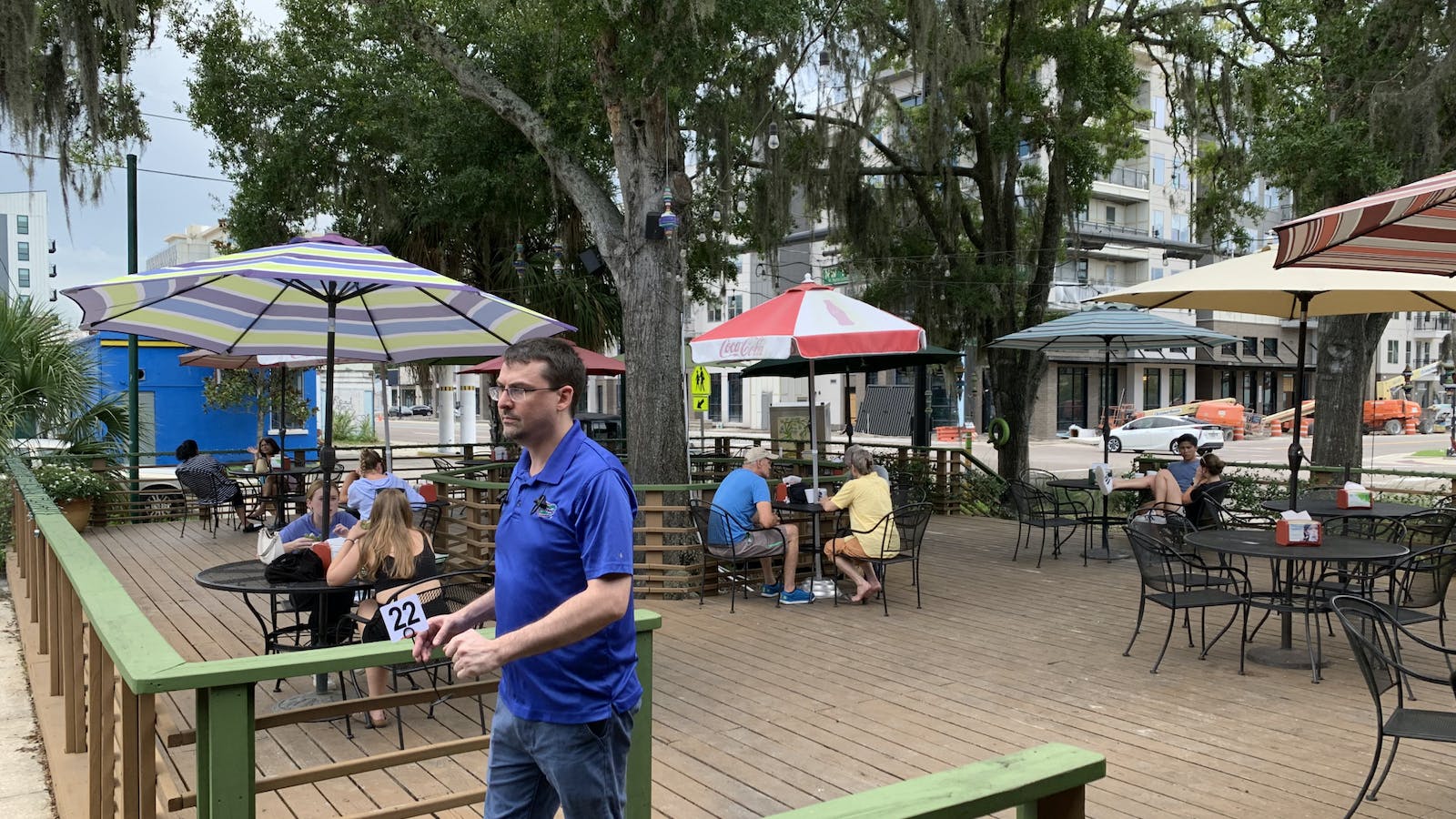 Fans of SweetBerries Eatery and Frozen Custard arrived in droves on Sunday to order the last rounds of Monte Cristo sandwiches and concrete kookie before the restaurant temporarily closed.

A demolished building will be located at the corner of Northwest 13th Street and Fifth Avenue until developers finalize construction plans for five-story townhouses for UF students. The restaurant’s new location will replace the now-closed Fletcher’s Cocktail Lounge on Fifth Avenue and Sixth Street, approximately three blocks north of Karma Cream and seven blocks east of its original location. , said SweetBerries owner Jane Osmond. She expects it to reopen in November and a potential on-campus location could open earlier.

The famous custard and sandwich shop will be added to the list of Gainesville staples victimized by big developers. The Swamp, a longtime Midtown restaurant and bar, was demolished in 2020 and replaced with apartments; it will reopen in the Gainesville Innovation District in August.

The SweetBerries brand patio remains filled with memories for Romy Miller, a 23-year-old UF law student and food blogger. She frequented the restaurant during her undergraduate experience, and it remains one of her favorite local establishments.

“It’s definitely a trend; it’s really upsetting,” Miller said. “I don’t know why so many apartments are being built.”

The original restaurant, driven out by townhouse development plans which have been underway since a January 27 municipal plan board meeting — part of a long process involving the city commission to develop student housing along 13th Street — may not be as popular with locals. students further away from the main UF campus, she said. A contract with Chartwells Higher Education, UF’s main on-campus food supplier, might soothe some of his nerves.

An on-campus location can replace Au Bon Pain in Newell Hall and serve takeout, breakfast sandwiches, pastries and its usual lunchtime sandwiches and salads from 7:30 a.m. to 3 p.m., Osmond said. She doesn’t know if frozen ice cream will be available, but the off-campus location’s menu will largely remain the same with only less popular foods swapped out with new specialties.

Although Chartwells’ contract with SweetBerries has not been finalized, Osmond is optimistic about the second location. Chartwells, which replaced Aramark on July 1, hopes to establish several local restaurants as permanent campus facilities.

“Local food and places that offer these healthier options will immediately benefit students because they’ll have more energy in class and they can really focus on their work,” she said.

Hill, a vegan with several classes near Newell Hall, expects to stop frequently at SweetBerries on campus.

Enjoy what you read? Get content from The Alligator delivered to your inbox

Rachel Diaz-Evans, a 62-year-old retired Gainesville resident, hit the cafe twice a week to enjoy one last Caribbean chicken salad and a chicken pesto sandwich. She’ll miss the breezy outdoor patio that greeted her when she moved to Gainesville about a year ago, she said, but the extra seven blocks to the east don’t bother her.

The on-site parking lot and quintessential outdoor seating will live on as the new property’s old pecan trees shade guests enjoying custard and ice cream on balmy summer afternoons, Osmond said. Nor will hospitality change; Osmond is relieved to keep her staff, who distracted her from her retirement plans and prompted the reopening of SweetBerries.

The Independent Florida Alligator has been independent from the university since 1971, your donation today could help #SaveStudentNewsrooms. Please consider donating today.

Carissa Allen is a third-year journalism and political science double major. She is excited to continue her work at the Subway office this semester as a reporter from East Gainesville. In her free time, you can find her scuba diving, working out, or listening to a podcast.

A brake on pensions