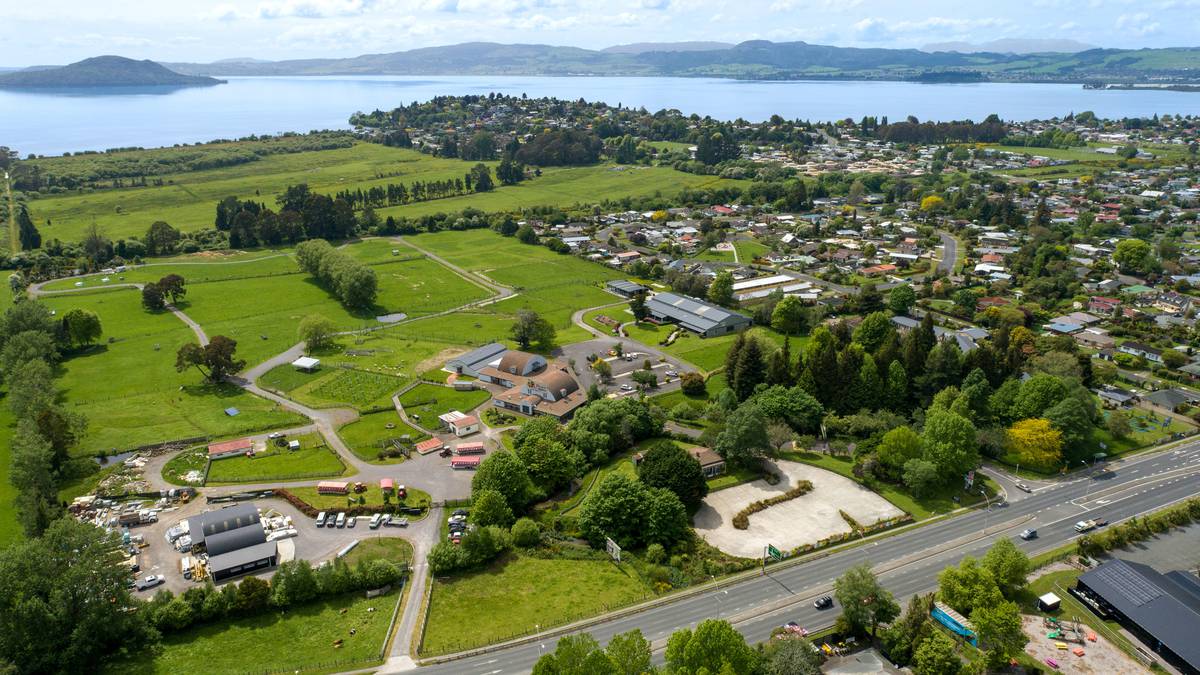 Summerset chief executive Scott Scoullar said the proposed village is in the planning stage and is expected to offer around 270 homes, including villas, cottages and serviced apartments.

“There will also be a village center with a care center offering a nursing home, hospital care and leisure facilities.”

Scoullar said the development is expected to create around 250 construction jobs and around 50 permanent positions, including carers, nurses, gardeners and property maintenance when complete.

It was an investment of $180 million, including the purchase of the land, he said.

According to the Rotorua Heritage Farm website, the farm at 171 Fairy Springs Rd was established in the early 1930s to allow visitors to experience what it was like on a working farm.

The land has been turned into a Rotorua Heritage Farm tourist attraction where people can feed and interact with the animals on guided tours of the farm, visit the gallery or dine at the restaurant.

Asked about the future of these operations, he said the company was “looking into options”
to find out how to make the best use of the “existing features of the site”.

The village will be located around 5km from Rotorua’s CBD, with the nearest supermarket and medical center around 1.5km away, he said.

The Rotorua site is one of three new Summerset acquisitions, including others in Masterton, Wairarapa and Mernda in Victoria, Australia. The combined investment would exceed $600 million.

The announcement comes as the company released its half-year results showing underlying profit of $82.5 million, up 9.2% from the same period last year.

Scoullar said it was nice to be able to bolster his portfolio and secure sites in high-demand locations.

“The Rotorua area does not have a retirement village offer like ours currently, and with a strong over 75 population expected to grow by 30% over the next six years, Summerset is delighted to be able to provide our unrivaled continuum of care offers retirement village in Rotorua.

“Our villages will offer a full range of quality units for independent living, as well as an offer of residential care on site.”

“It’s great to see reputable companies like Summerset recognizing the potential Rotorua has to offer.”

Rotorua Economic Development chief executive Andrew Wilson said an increase in the number of care homes would free up the housing stock for those looking to downsize and move into a village.

“We know retirement villages are an important part of the housing ecosystem for Rotorua and will help solve some of the housing challenges we are currently facing.”

“It will also contribute to job growth in the construction sector as well as the continued operation of the village itself, which is really positive for Rotorua.

“The demand for more retirement villages in Rotorua also underscores our town’s desirability as a place to relax and enjoy all that our region has to offer.”

“We provide support to help them with site assessments and selection.”

The executive director of the New Zealand Association of Retirement Villages, John Collyns, said his data showed there were eight existing retirement villages in Rotorua with 375 units which housed around 500 residents.

A unit can be a detached villa, townhouse, apartment or serviced apartment.

Three of these villages planned to expand by an additional 101 units, and three new villages of at least 347 units were being built. This did not include the development of Summerset.

“Over time, say five years, [retirement villages] will provide at least 825 units that will house 1,100 residents, plus the Summerset development. »

“A warm and safe place to live, friends and companionship, enough money to live on, and a pathway to care if needed.

“That’s as true in Rotorua as it is in the rest of New Zealand.”

Robyn Van den Hurk, operations manager of Rotorua Heritage Farm, said the business was still open and to her knowledge would remain open until next year.