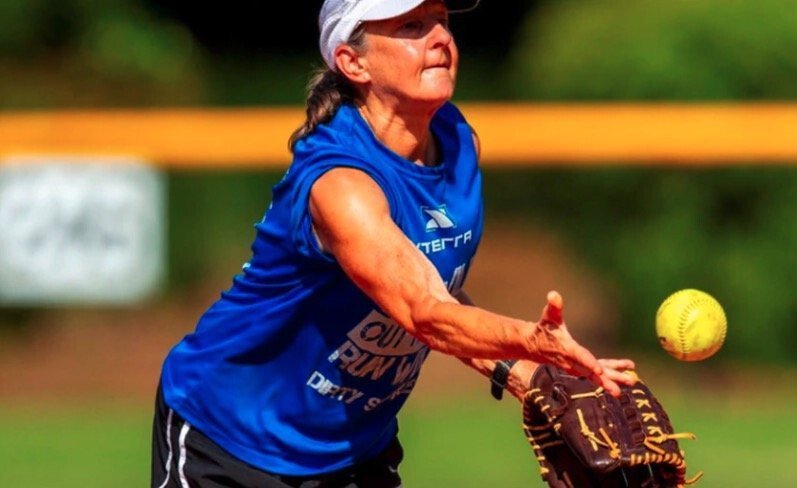 By Harry Samler and Lindsey Basye

HOSCHTON, Ga. (WGCL) — When Linda Evans, 70, takes over, the players on the court brace themselves. Evans has been playing softball since she was a teenager. With every pitch, his bat connects to the ball with authority.

None of the players question his ability. League coach and former University of Georgia baseball player John Calhoun says there’s no question, “She can play.

The retired special education teacher and her husband moved from Snellville to the village of Del Webb in Deaton Creek 3 years ago. The 55+ retirement community in Hoschton bills itself as an active adult community with luxury amenities in the foothills of the North Georgia Mountains.

Residents can play tennis, bocce, and even croquet, but when it comes to softball, there’s one league, seven teams, and all players are men in their 80s and 90s. Evans could train with the team, but is not allowed to play in league games. After CBS46 began asking questions, the Deaton Creek softball commissioner also banned Evans from practicing.

“I want to do something that I love to do, and I always have,” Evans said.

The commissioner tells CBS46’s Better Call Harry that the league’s charter says it’s a “men’s only” league and has been for 25 seasons. According to the community newsletter, the league is advertised as a “Slo Pitch Softball Club” and makes no mention of a gender requirement. The Articles of Ownership state that “Membership in any chartered club shall be open to all bona fide members of the association without discrimination as to race, religion, color, sex, ethnic culture or national heritage. “.

The commissioner also claims that he did a survey and that the majority of players in the league do not want women to play. He says many players will drop out if women are allowed to play.

“I can understand that she wants to play in this league, and I would be happy to have her on my team, it’s a matter of decision of the board of directors,” coach Calhoun said.

“I’m a grown woman and I don’t need a man to tell me if it’s not safe enough for me,” Evans said.

Steve Wolfe is an anti-discrimination attorney at Legare, Attwood & Wolfe. He says that although it is not considered a violation of civil rights, the statutes state that the same opportunities must be offered to men and women.

“They have an exception, it seems, that allows both men’s and women’s leagues, but only if the genders have equal opportunities to pursue their interests,” Wolfe explained.

Evans says they tried to create a women’s league and a mixed league, but there wasn’t enough interest.

CBS46 reached out to the Deaton Creek HOA president who said the board hasn’t made a final decision. He says they are working to find a solution “acceptable to everyone”. Evan will make his case to the league later this week.

“I wish they would try, female,” Evans said.

On Thursday, the Del Webb HOA board made a decision without any input from Linda Evans. She will not be allowed to play. Instead, they will try to restart a mixed league. Linda says she would play, but they’ve already tried a mixed league and a women’s league. There wasn’t enough interest. Linda does not give up her love of softball and her fight to be able to play.

Note: This content is subject to a strict local market embargo. If you share the same market as the contributor of this article, you cannot use it on any platform.