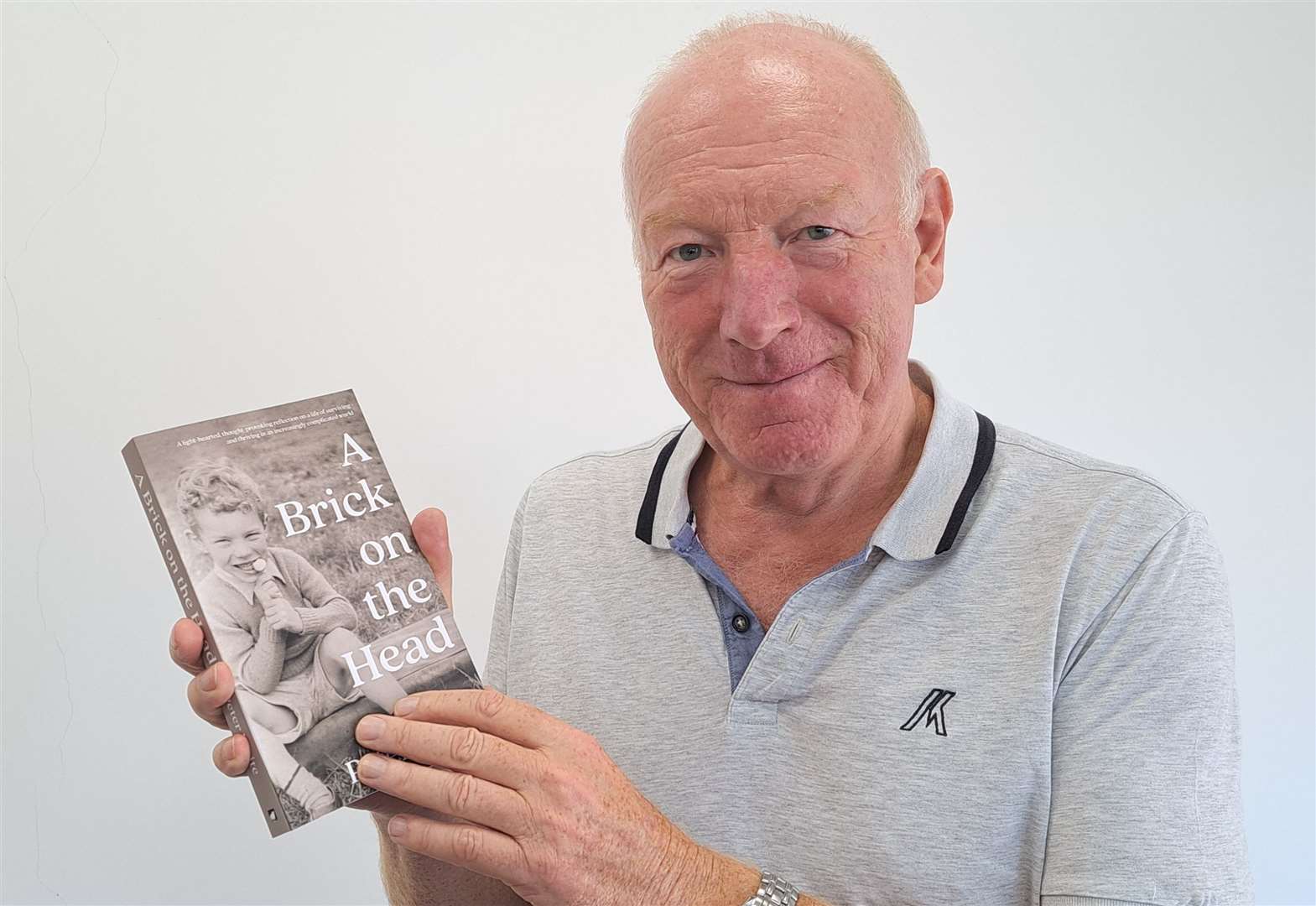 Lincolnshire-born author publishes his first book about his childhood

An author born in rural Lincolnshire has published his first novel, looking back on his childhood memories.

71-year-old Peter Waite has published his first novel, A Brick on the Head, which is due out on September 28 but is available to buy on Amazon now.

Peter said: “I started and got to an age where I wanted to do something and I wanted to leave a memory for my nieces and nephews.

“I started writing some notes about what school was like and it turned into a book.

“It’s hard to recall your first memory of anything.

“But, at three years old, I was hit by a brick on the head, hence the strange old title.”

Peter describes the book as a “memoir from my birth in Waddington to my retirement”.

Although born in Waddington, Peter lived in Denton for eight years,

He is currently staying in Waddington with his sister at their parents’ house, but is about to move to Heckington.

Peter added: “It’s really what school days were like, what growing up was like in the 1950s and post-war.

“It was a different time, there was no plastic and we’re kind of going back to it now.

“It’s a glimpse of life, and we come back to these recycling ideas.

Peter spent the first three years of his life living in a homemade trailer made by his father.

This was located on a bombing site and was the only free ground at the time because everything around it had been bombed.

It’s something that Peter talks about in his book.

In the book, he also looks back on his professional career.

From an early age, he was always interested in the navy and the sea, as he was part of the sea cadets at Lincoln.

However, at 16 he was told he could not join the RAF to become a helicopter pilot due to his eye site.

Later he studied French and business studies at a college in Leicester.

He then set up his own civil engineering business and soon after joined his father’s machinery business in Waddington.

Peter then changed careers after moving to Nottingham and teaming up with his friend who was involved in the textile business.

He then went off on his own where he met Tony Dale, and they set up Dale Textiles Ltd, until Tony bought out Peter.

From dreaming of becoming a pilot, to working in a cigarette factory, to building an international textile company, Peter has done it all.

A Brick on the Head is available for purchase online at Amazon here.

He concluded: “The story continues in southern Spain.

“It’s about moving to Spain from Norfolk and adjusting to life in Spain.”