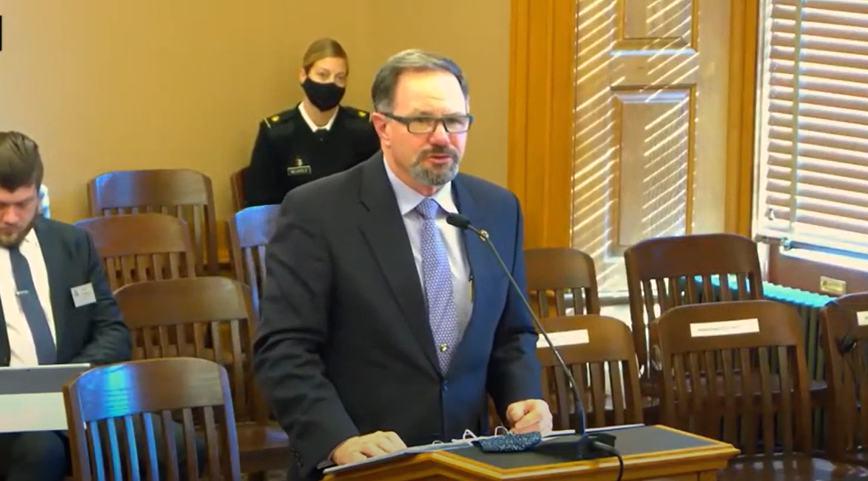 TOPEKA – Retired Lt. Gen. Perry Wiggins moved to Kansas after retiring from the U.S. military and quickly learned that the state was among the few that didn’t have a Statehouse memorial honoring families whose members were killed or died while serving in the armed forces.

The Kansas Senate and House voted unanimously to rectify the oversight, and Governor Laura Kelly signed the law into law. Senate Bill 330which authorizes the collection of private donations for a monument to be placed on the south side of the Capitol.

Wiggins, executive director of the Governor’s Military Council, said the 44-inch-tall memorial will bear the official Gold Star pin and an inscription designating it as a tribute to the families who made the ultimate sacrifice.

“Our real unsung heroes in this nation are these families,” said Wiggins, a three-star general who commanded the 1st Infantry Division at Fort Riley. “Sadly, as Commander, I had to knock on a door to deliver the tragic news of a deceased loved one and performed one of our nation’s most sacred duties and honored a fallen comrade by presenting a loved one kneeling flag on behalf of a grateful nation.

Kelly said the momentum for the Gold Star monument accelerated when she met in 2020 Hershel “Woody” Williams, a retired U.S. Marine Corps warrant officer and the medal’s only living recipient. World War II honorary officer. Williams challenged the governor to work toward the creation of the Gold Star families monument on the grounds of the Statehouse.

The legislation prohibited the use of public funds for the creation or construction of the monument to the Gold Star families.

Additionally, Kelly signed Senate Bill 300 to amend Kansas racketeering law to cover a person who has engaged in identity theft or identity fraud.

She also affixed her signature to Senate Bill 367 require officers to file copies of receipts with the court when property has been seized under a search warrant. The bill also set out procedures for the destruction of dangerous drugs and the eventual return of weapons.

The State Law Book has been amended with Senate Bill 419 to allow certain Kansas Department of Corrections employees to attend the Kansas Law Enforcement Training Center.

Kelly signed Senate Bill 450theliminating the requirement that 80% of proceeds from the sale of surplus state real estate be transferred to the Kansas Public Employees Retirement System.

A retirement village where you can shop, dine, go to church and go to school