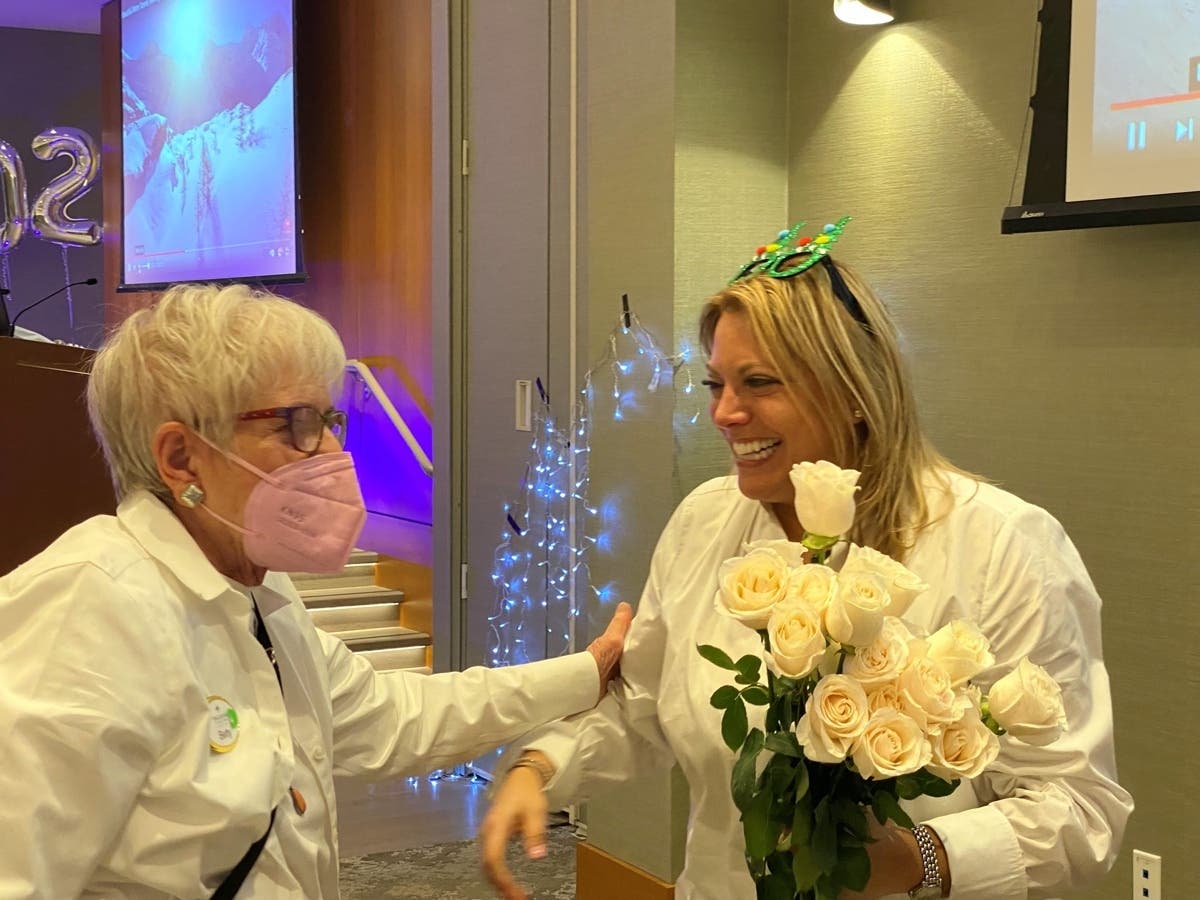 ROCKVILLE, MD – Ingleside at King Farm – a Rockville retirement community that has a cultural arts center, Starbucks bar, social program and others – has an involved resident population, with a resident council that organizes meetings and hosts committees.

Michelle Kraus, Ingleside’s executive director from March 2018 to 2021, showed up to meetings and wandered around the dining room and bistro, getting to know her residents.

“What I really love about this community, which is different from other communities, is that the residents welcome the staff, the employees to have dinner with them,” Kraus told Patch. “Which is so amazing. We have a huge cafe, and they want everyone to eat together like it’s a big family.”

Kraus led the community from the start of the pandemic until the end of 2021. Everything you could possibly need is under one roof, she said.

Kraus’ reputation as an outgoing, friendly face to residents was quickly earned.

“She was everywhere,” said Ingleside resident Bruce MacLaury. “Shake hands and get to know each other.”

It was Kraus’ exuberance that struck MacLaury when he first met her, he said.

Some people moving to Ingleside are couples moving out of their family home, while others are singles moving in. For many, moving to a new place in retirement can be a very emotional, frustrating or traumatic experience.

“She had to hold our hands and say, ‘Here you go, everything will be fine,'” MacLaury said. “Within a few months, everything was fine, but it was the holding of the hand that was very important.”

Kraus’ caring nature was noticed not only by the residents, but also by his colleagues.

“She always has a smile on her face every time I see her,” said Christen Milstead, Marketing Director at Ingleside.

“She always looks at the positive,” Milstead said. “It’s energizing to have someone like that around.”

When the pandemic started and the community that normally existed in the Ingleside common areas at King Farm had to be put on hold, Kraus’ behavior became even more prominent. She was a cheerleader and a support system people could turn to, Milstead said, and she planned the logistics to make life in Ingleside work.

“Being able to go from serving in an upscale dining room, the Bistro, to delivering meals to each of the 250 apartments – I shudder to orchestrate this, but it was handled very efficiently,” said MacLaury. “So what would I say to Michelle?

“The first is a sincere thank you for getting us through safely,” MacLaury said. “The second is to deal with the frustrations that each of us felt in our own realms and families.”

When residents were able to be vaccinated, Kraus pulled out all the stops. Banners, confetti guns and balloons filled the community.

Kraus “celebrated that we were holding these vaccination clinics for staff and residents,” Milstead said. “It’s a happy day, and there are better days to come.”

After the whirlwind keeping residents and staff safe during the pandemic, Kraus decided to step down as chief executive. Today, she is taking a break from her 26 years as a healthcare executive. She spends time with her family and has made a New Year’s resolution to do things that excite her.

She teaches Zumba, which she did when she was also an executive director, and spends more time with family, friends, and her dog, Charlie. Kraus is a resident of Gaithersburg, originally from Long Island. She moved to the area to attend the University of Maryland, where her oldest son is now a graduate student. Her youngest son is an undergraduate student at the University of Florida. This year, Kraus and her husband will celebrate 27 years of marriage.

Before leaving Ingleside, staff threw her a going away party – a few hundred people were there and each presented her with a white rose, she said.

“I just want to thank them for the most amazing four years of my career,” Kraus said of the Ingleside community. “I learned so much from their personal experiences, their professional experiences and how to engage people better, how to communicate better with individuals and really what life is all about.”