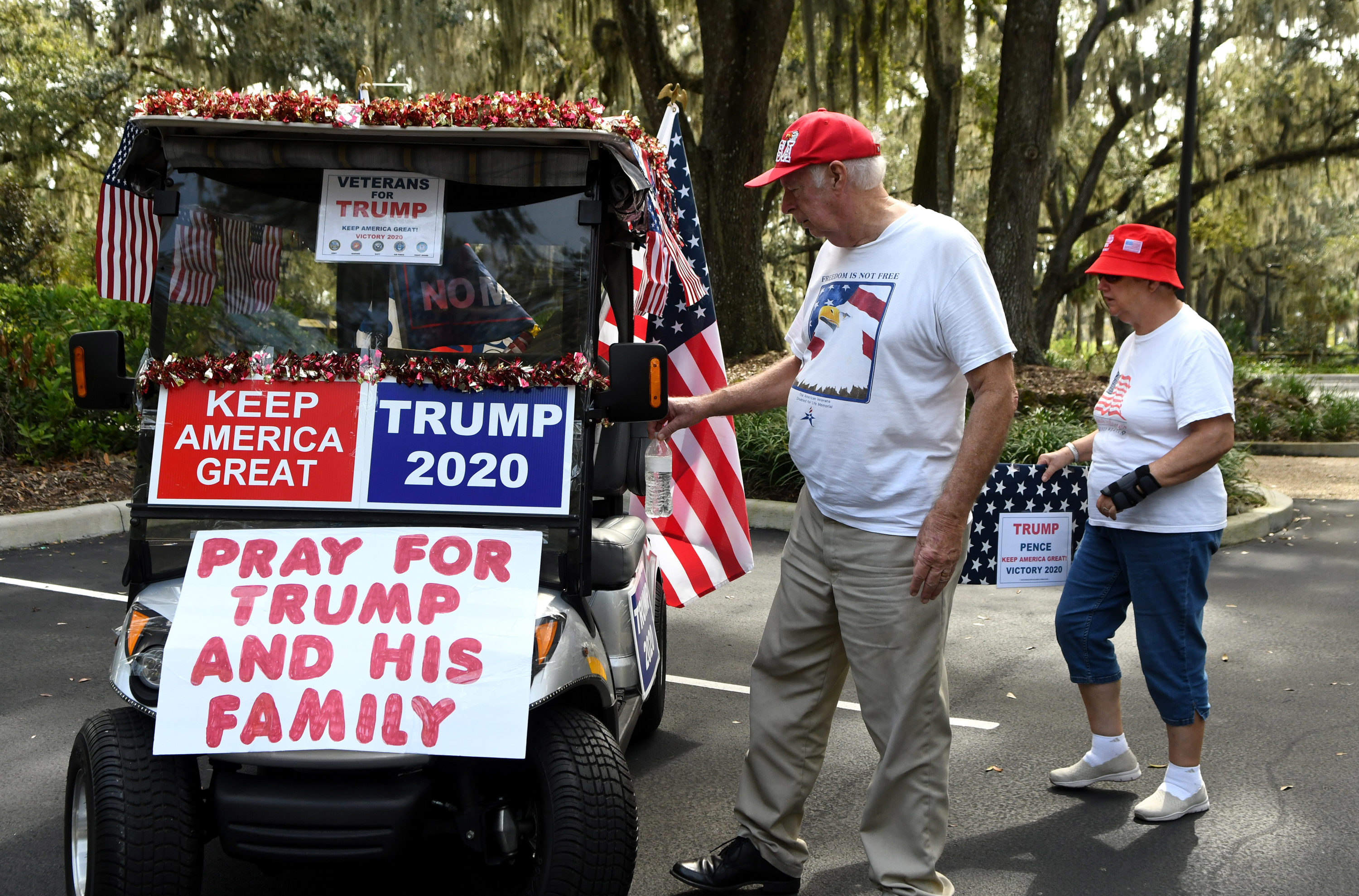 Despite all the Republican fears about fraud in the 2020 presidential election, it is striking that the actual cases of fraud being investigated were overwhelmingly committed by Republicans. Just last week, another story of an individual being arrested for voting multiple times – the Fourth such an arrest in just one jurisdiction: the nation’s largest retirement community, The Villages, located in central Florida. This is where I live.

In a July 2020 article for the rampartI described the pre-election political divide within the sprawling and demographically aged community. Unsurprisingly, The Villages voted overwhelmingly for Trump; he won by 68 to 32. The post-election political atmosphere in the community mirrors that of the country as a whole, with the added attraction of a super majority of Trump supporters, many of whom intend to perpetuate the big lie of the former president. Walk through The Villages today and you’ll still see plenty of Trump stickers and flags, but not as many as before the election. But it is the intensity of those still flying the Trump flag that is most interesting and disconcerting.

As a doctor, I have always been fascinated by the psychology of my patients. The interaction of the physical and mental domains of health has a huge effect on a person’s well-being. Here in The Villages I am struck by two psychological phenomena that stand out, one manifesting on an individual basis, the other within the community as a whole.

There are many examples of individuals who simply will not, or perhaps cannot, accept the fact that Donald Trump lost the election. We all see and hear many politicians and pundits who espouse this same fantasy, but in most cases they do so for selfish reasons; to pander to their base, to make more campaign contributions, to gain more viewers. These people are presumably smart enough to understand math, to scrutinize court cases, to ward off fools, and they should know the truth. They’re just too cynical to care.

But here, within the confines of a quiet, secluded neighborhood, residents have nothing to gain by promoting the lie that Trump has won. They really believe in it. And they are not afraid to show it, sometimes in an angry and disturbingly incivil way.

There’s a retiree who’s turned the family garage into a showcase of pro-Trump/anti-Biden banners and paraphernalia. Villages have an ordinance that prohibits the posting of political signs in residential yards. So, in order to comply to the letter with this order, Donald’s sanctuary is in the garage and the garage door is left open so that all who pass by can marvel at the level of Trumpian devotion.

I recently encountered an even more disturbing example of Trump ideology turning into hateful vitriol. A golf cart pulled up in a community parking lot with an elderly couple inside. The cart was adorned with stickers announcing that the driver was a proud veteran. Also attached to the cart was an all-new, extremely large bumper sticker that boldly shouted “Democrats are traitors”. I was surprised and just stared for a moment as the driver stared at me. I took a deep breath and calmly told him that he didn’t know anything about my personal patriotism and that I didn’t appreciate the insulting message he promoted. He immediately started screaming and telling me that I had to accept a new reality. Eh? We could have talked more about the concept of accepting “reality”, but I didn’t see this potential conversation as something remotely helpful and walked away.

What does it mean when a person mixes their personal identity with the personality of someone they have never met, a political figure known only through television and the web, someone who made any significant intellectual or inspirational contribution of any kind, someone who is known for failing businesses, a mean-spirited game show, and a presidency that resulted in two impeachments and an insurrection? Is it the political normalization of bigotry, misogyny, xenophobia and name-calling in elementary school – what the notion of “Trump is a fighter” boils down to – or is there another kind of attachment? I admit I don’t understand the “Free Britney” movement either, but at least she contributed some catchy tunes.

Pparadoxically, there is a chasm between the professed devotion to freedom echoed by the loudest of conservatives in The Villages and the actual government found here. Every day I see “Don’t Tread On Me” flags and bumper stickers with sentiments like “Live Free or Die”, “Take Back America”, and “Fight Socialism”. All while living in a community that is essentially a monarchy.

You see, there is practically no autonomy in the villages. It is a metropolitan area of ​​about 130,000 people, with plans to eventually double in size. That would make it the fourth largest city in Florida, behind Miami, Jacksonville, and Tampa, except The Villages isn’t a city. There is no mayor, no city council, no local police department, no central government agency. Virtually every aspect of The Villages is controlled, directly or indirectly, by a single billion-dollar family, now in its third generation.

The villages are spread over three different counties, so no county commission or other government agency oversees the entire complex. There is an organizational structure of “development districts”, which have elected resident members who determine important metrics such as the size and number of signs you can put in your yard, and how far your shrubs should be from the street. In other words, a nice name for your local homeowners association. Law enforcement comes from the county sheriffs. Taxes are controlled by county commissioners who, until now, have all been more or less in tune with the family of H. Gary Morse, the late architect of the Villages.

On the other hand, the infrastructure created by family hegemony does a great job of keeping everyone happy. The grounds and streets are immaculate; garbage is picked up twice a week; there is free musical entertainment 365 nights a year; there are more than fifty different golf courses and more than a hundred local swimming pools and fitness centers; there are also many restaurants and the alcohol is cheap. Add to that the beautiful winter weather – the highs have been just above 70 degrees this week – and a 95% COVID vaccination rate, and The Villages is an amazing place to spend your day during a pandemic.

But it is not independent.

I’m not saying The Villages system is wrong or bad. But this kind of classic benign dictatorship is really un-American, in the sense that it’s not the way the affairs of a large community are traditionally run in the United States. In contrast, democracy is messy. No matter who wins an election, there is always a significant proportion of the population that is unhappy and wants to change things. Democracy could never successfully produce or maintain The Villages. The rules on the yard signs would change every two years!

So what explains the big difference between what these boisterous villagers claim to believe and where and how they actually live their retired lives? Is this a simple case of “Do as I say, not as I do”? Don’t they see the irony of this situation? Or do they not care as long as the drinks are 2 for 1 and the band plays “Sweet Home Alabama”?

I am sorry. I don’t know the answer to this question yet; I leave that to my fellow psychologists. I have a tee time pending.

The #1 Thing That Can Improve Retirement Security for Older Workers

British expat ‘irritated’ by meeting of illegal homes: ‘I didn’t have the courtesy to research’ | World | News