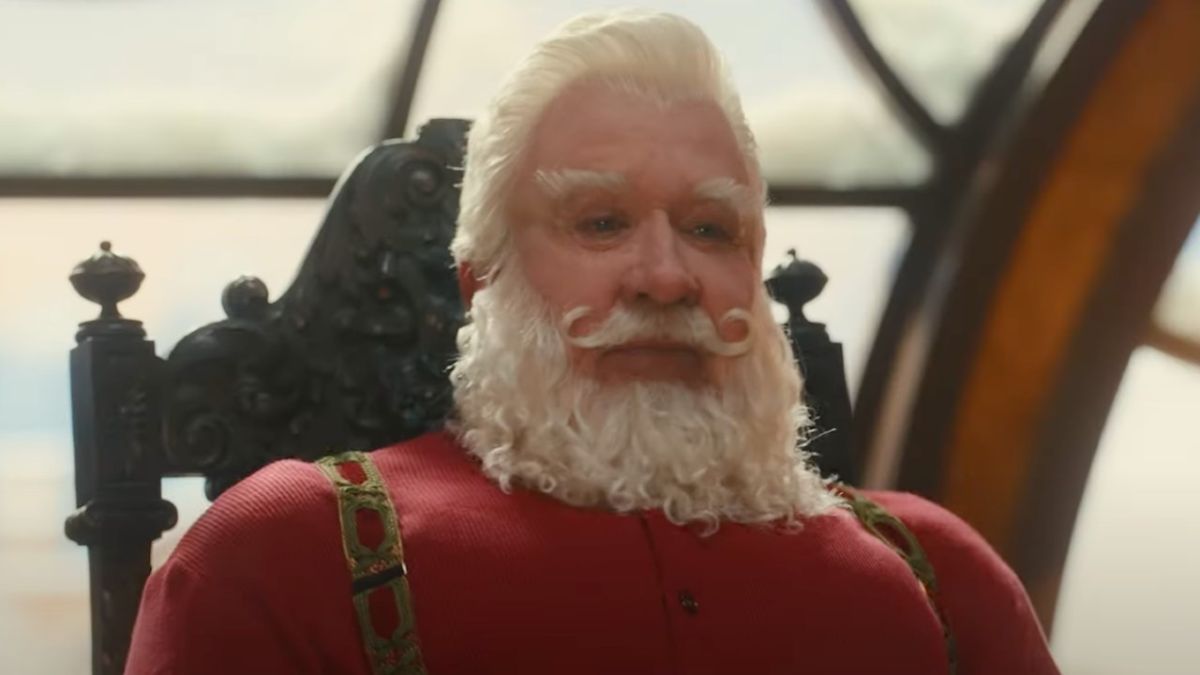 Earlier this year, the public learned that Disney would bring Tim Allen back to life Santa Claus franchise – but not in the way some might have expected. The Christmas Movie IP is being brought back in the form of a limited series called Santa Clauses. The fans only got a behind-the-scenes look, courtesy of Allen, up to this point. But now the first trailer for the show has arrived, and it shows Scott Calvin preparing for retirement and interviewing potential new Santas. And one of those interviewees happens to be an NFL veteran.

As the trailer shows, Santa Clauses sees Scott Calvin choose to give up on his gig — without falling off a roof and someone else wearing his jacket, of course. So the search for a new Kris Kringle begins, and it looks like some interesting people will be in the running. One of those people is former NFL quarterback Peyton Manning, who seems very confident that he’s the man for the job. (Although it seems Calvin would be a little more comfortable if it was Tom Brady looking for the job.)

What’s quickly apparent in this trailer is that aesthetically, the series really managed to capture the vibe of the original cinematic trilogy. The workshop at the North Pole looks just like it did when viewers last saw it in 2006 Santa Claus 3: The Escape Clause. There’s definitely a strong sense of continuity, which can be hard to establish when there’s been such a gap between installments.

Fans may have also spotted a few familiar faces within Santa Claus trailer in addition to Tim Allen. The show will also feature the return of Mrs. Carol Calvin-Clause, who is once again played by Elizabeth Mitchell. The images also gave us a brief insight into beloved Santa Claus Bernard character, performed by David Krumholtz. Fans will certainly be delighted to see Krumholtz back in the role after his absence in the 2006 film trilogy.

(opens in a new tab)

(opens in a new tab)

Can’t help but wonder if the show could bring back other veterans the actors of the Santa Claus series. This includes stars like Eric Lloyd, who plays Charlie Calvin, Wendy Crewson’s Laura Miller, and Liliana Mumy’s Lucy Miller. And of course, you can’t forget the silly, but lovable, Neil Miller – played by Judge Reinhold. Whereas this seems like a real goodbye for the Santa Claus saga, I wouldn’t be surprised if the producers found ways to put these characters back into the fray.

In all, Santa Clauses should be a fun, humorous and sentimental show that ties this franchise holiday present nicely. As someone who grew up with movies, I’m excited to see what Tim Allen and co. have rolled up their sleeves.

Santa Clauses debuts with a two-episode premiere on November 16, so you’ll want to grab a Disney+ subscription if you haven’t already. Do yourself a favor and also check out CinemaBlend 2022 TV Schedule to find out more about what awaits you this year.

Launch of plans for 203 additional homes in the retirement village