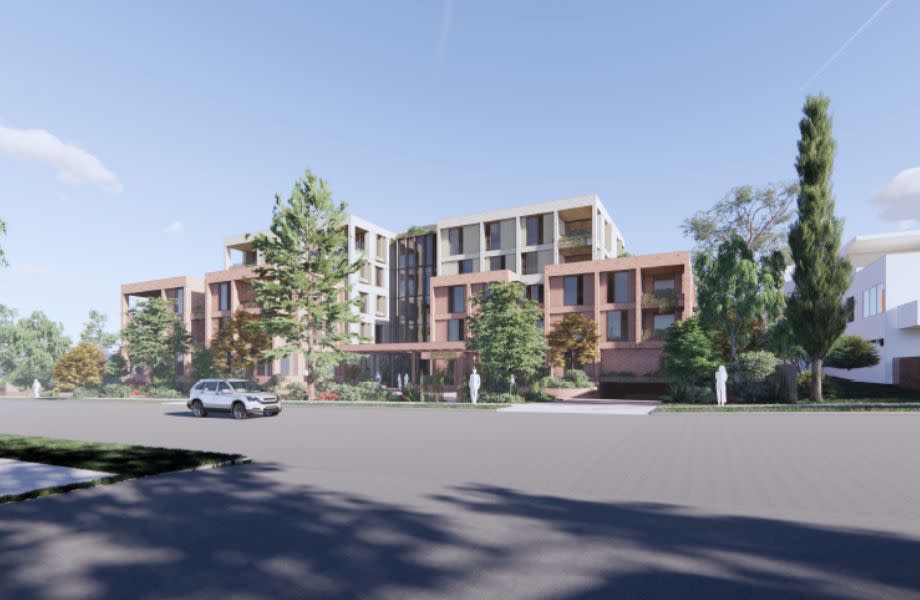 A Catholic organization, which began life more than 100 years ago providing accommodation for the blind, has applied to build a $35 million retirement community in the northeast suburbs of Melbourne.

VMCH has submitted a planning application to Banyule City Council for 56 apartments in a five-storey retirement village in Ivanhoe East, approximately 8 km from the CBD.

The plan is for a mix of one, two and three bedroom self-contained living units, with a roof terrace, cinema, wine cellar, gymnasium, lounge, cafe, restaurant and chapel .

The facility sits on two adjacent properties on Lower Heidelberg Road and, at 5732 m², is the largest property in the immediate area.

Melbourne-based planning consultants Human Habitats filed the application on behalf of VMCH, saying the Ivanhoe East site had a history of senior living and specialist accommodation.

“The buildings have reached their useful life and are no longer fit for purpose.”

Human Habitats said VMCH is in the process of relocating many residents to other purpose-built facilities, including a nearby mission-based affordable housing project under construction.

The intention was to build and hold a long-term residential asset.

▲ The planning application calls for 56 apartments in a five-story retirement village in Ivanhoe East.

Of the 56 planned apartments, six will be one-bedroom, 37 will be two-bedroom and the remaining 13 will be three-bedroom.

A basement will allow parking for 81 cars and there will be approximately 1370 m² of outdoor common space.

At five stories, the retirement village will rise to a maximum height of 20.4m with the bulk of the building at 18 metres.

However, during pre-filing discussions, Banyule Council made it clear that the height of the buildings could be an issue.

“The maximum height of 18m, plus a 2.4m high partially covered roof terrace, is significantly higher than any other development in the immediate area,” Plank said.

‘The adjacent development includes a line of single storey accommodation to the west which are all separately owned and are unlikely to be redeveloped in the near future,’ she said.

“The five-story building will dominate these dwellings and views to the west.”

VMCH started as the Catholic Braille Writers’ Association in 1907, and about 30 years later opened the Villa Maria Hostel – a residence for the blind – in Donald Street, Prahran.

Edmond Retiree gives life to a community of quiet retirees