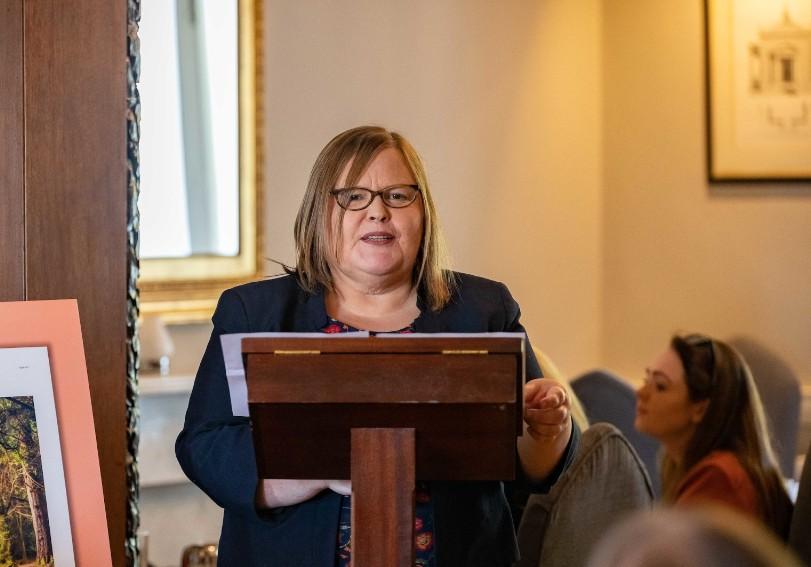 It’s not often members of Carlow County Council are speechless, but chief executive Kathleen Holohan pulled that off with her recent announcement that she was to end her term at the helm. At the May meeting of Carlow County Council, Ms Holohan announced her intention not to extend her term as chief executive of the council, ending her tenure in the top job in October.

“I’m not exercising the option to extend my three-year contract; So I will complete my term in October this year,” Ms Holohan said.

“It was a tough decision, but I believe it’s the right decision for me right now,” she added.

Cathaoirleach cllr Fintan Phelan thanked the chief executive for her service, adding that her departure after seven years would be a “huge loss to the council and the county”. He hailed the ‘central role’ Ms Holohan had played in securing URDF funding for Carlow and the establishment of SETU, the new technology university.

Cllr Brian O’Donoghue admitted he was “in shock”, before asking the cheeky question: “Is the lady ready to shoot?” Cllr O’Donoghue described Ms Holohan as a ‘rock of meaning’, someone who was determined to ‘do the right thing at all costs’.

Cllr John Pender also admitted he was “surprised by the announcement” and thanked Kathleen for her contribution to Carlow. “She made history as the first woman to take on the role of Managing Director of Carlow and the first person from Carlow to hold the position.”

Cllr Willie Quinn remarked that Ms Holohan “always had a soft spot for Borris”, while cllr Arthur McDonald also thanked her for her service to Carlow and the Muinebheag area.

Cllr Charlie Murphy also wished him luck with his future endeavours, while Cllr Fergal Browne added that “you leave the organization better than you found it”.

Cllr John Murphy spoke of Ms Holohan’s poor health during the early years of her role and praised her return to good health, while Cllr Tommy Kinsella joked that it “must be a burden on your shoulders away from us”.

Cllr Ken Murnane wished her the best in “whatever you decide to do”, while cllr Andrea Dalton added that it was “great to see a woman at the top. You have to see her to be her, and you have inspired others to the highest role in the county”.

Cllr Adrienne Wallace admitted that although she sometimes ‘put her head in the executive’, she had no doubt that Ms Holohan had worked to the best of her abilities and inspired other women to seek high positions.

Cllr William Paton remarked that it ‘couldn’t have been an easy decision to make’ but he was certain that whatever choice Ms Holohan made for her future, ‘you will be brilliant in it, even if it’ is retirement… you deserve it”.