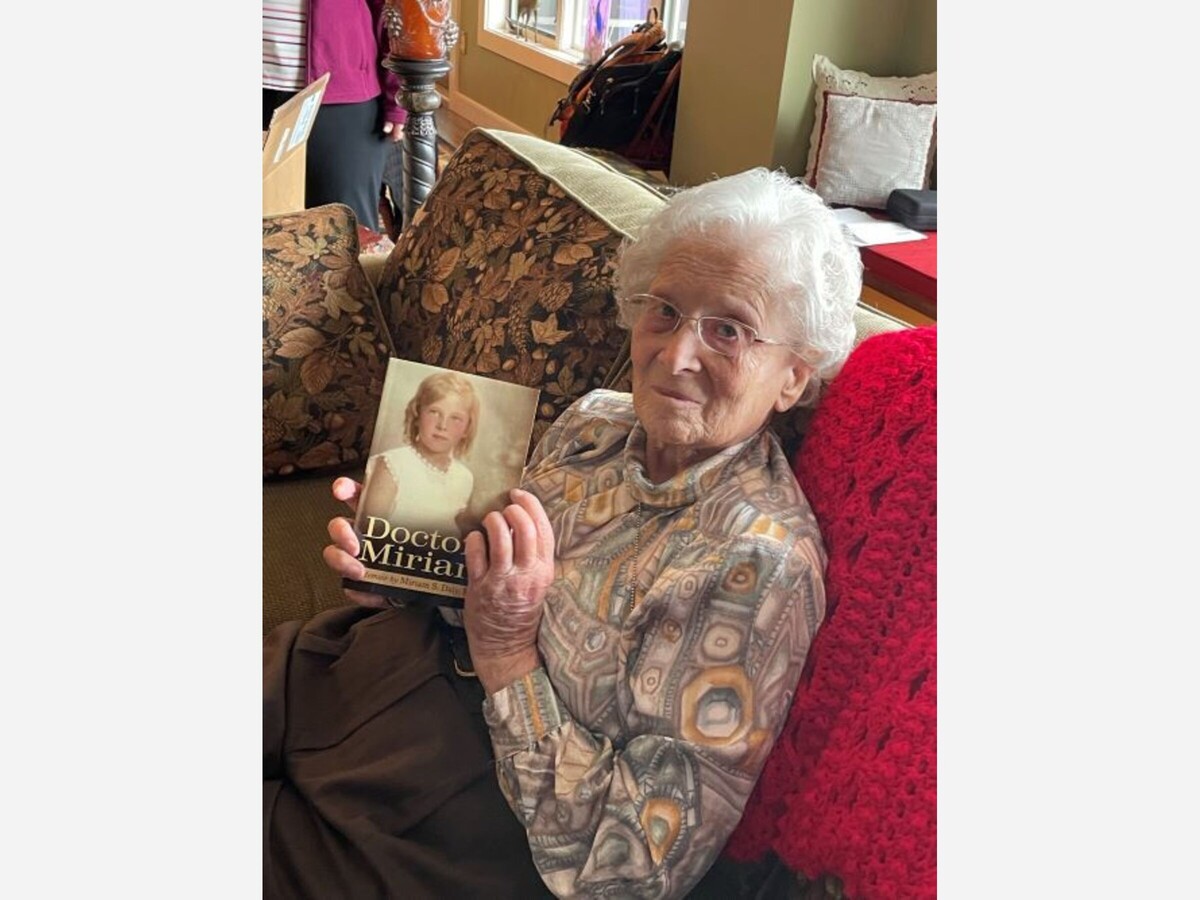 When retired physician Miriam S. Daly, MD, moved to Chelsea Retirement Community in October 2016, she joined a writing class where participants created short stories, often about their lives. When her son, John, found out she had 52 stories, they started organizing them into a book they called Doctor Miriam.

The daughter of two physicians, Dr. Miriam was born in Baltimore, graduating from Goucher College and then the University of Maryland Medical School. She met her husband, Dr. Harold L. Daly, in medical school. They completed their residency at Lutheran Hospital in Baltimore, then practiced medicine in Albion, Michigan. Harold was a general surgeon and Miriam practiced pediatrics, later adding a specialty in obstetrics.

Dr. Miriam has incredible stories. His memoir covers growing up in Baltimore, attending medical school at the University of Maryland, interning at Baltimore Lutheran Hospital, moving to Albion, Michigan, practicing medicine in Albion for 39 years, from an Alaskan road trip while still 1,000 miles of gravel road and finally retirement.

On television, each episode involves new patients whom the doctor meets for the first time. Miriam’s life was not like that. Practicing medicine for 44 years, she occasionally met her patients as toddlers, delivered their babies, and knew them as grandparents or even great-grandparents. In Albion, she might see a child in her office in the morning, see the child’s mother in the supermarket in the afternoon, and then meet the parents again at an evening school event.

If you think it’s heartbreaking on TV when an ambulance brings a child to the ER that you can’t save, imagine how it feels when you’ve cared for that child their entire life. Imagine what it’s like when you’ve known the whole family and most of them don’t survive an accident.

Miriam’s daughter, Martha, an anesthesiologist for a large HMO, hasn’t known many of her patients, unlike her mother. However, the rest of Martha’s story is the same. Influenced by the women who came before her, Martha raised three children and lived a very fulfilling life.

Does this mean that a woman can do everything? Miriam, her mother and her daughter, never attempted to do so. Over the years, Miriam has taken 50 different medical students under her wing for a month each. most were women. Her standard advice was, “You can play many roles in life: wife, mother, governess, and doctor. You should outsource any of these roles.

Being a doctor and a mother of four has never been easy. Your own sick child and someone else’s sick child could keep you up in the middle of the night. Your family has become accustomed to receiving emergency calls at all times. Although a woman cannot “do everything”, our mother’s example proves that a woman can be a doctor and have a good family life.

Doctor Miriam is available on Amazon.com in paperback and Kindle editions.