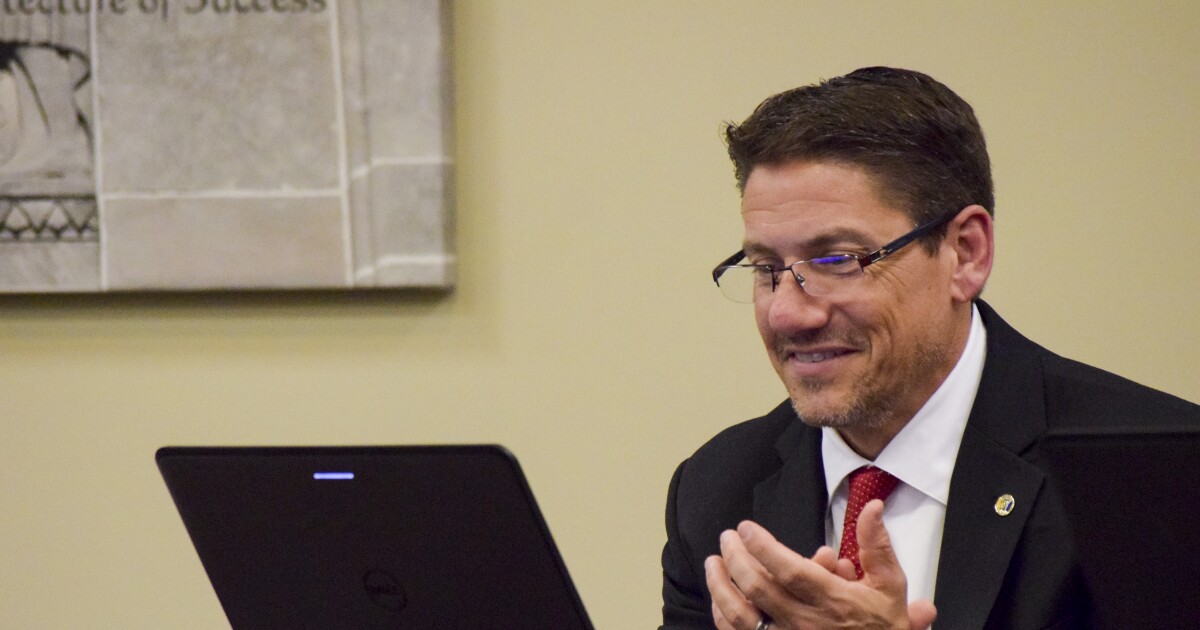 Before Retiring, Barry Reilly Reflects on the Challenges and Opportunities of District 87 and Beyond

Barry Reilly spent more than 30 years with District 87. At the end of the month, he will retire after serving 11 years as superintendent.

In an interview with WGLT, Reilly reflects on the challenges of recent years.

The conversation has been lightly edited for length and clarity.

WGLT: You are coming to the end of your career at the end of one of the most tumultuous periods in recent memory, post-pandemic. How have the last few years of teaching been for you?

And then something that we didn’t expect, which was that a certain segment of the audience got extremely agitated and angry about things that weren’t necessarily our doing. But we have become a focal point. When I say we, I’m only talking about public education in general, it wasn’t just District 87. Because I have a lot of colleagues who could sit here and say the same thing. So it was certainly not what I imagined for my last two years of career. But my hope, of course, for my friends and colleagues, is that we’re past that.

The other thing that really challenged us — and again, it was pretty universal — was just getting the kids back to establish routines in person. We underestimated how difficult it would be. And that created additional stress for teachers, principals, on the front line. And that, in turn, created stress for those of us who had to support them.

You mentioned parental discontent over the past few years, and that’s one thing – among many – that teachers have had to deal with. Many teachers report feeling burnt out. How concerned are you with the profession?

I am very worried. We are already experiencing a shortage of educators, for various reasons. And then you add to that a national perspective that has really taken on public education in recent years. It’s a recipe for people who don’t enter the profession in the first place.

Some of your best educators, who normally encourage others to enter the profession, may not. They would normally be the first to encourage their own children to become teachers and given what they’ve been through over the past two years, that’s really not the case.

And so I think there’s a lot of concern. But there is also a lot of hope. I think the last few months have been better. Especially once we get past the mask mandate. Although we still faced challenges, things were moving in a better direction. And we get people who are excited. We already have new recruits this summer who are very excited to start this profession for the first time. And so I think we’re going to get there, it’s just going to take time.

Speaking of challenges faced by teachers, there has been push at national and local levels for more transparency in curricula. Republicans in Illinois introduced bills that would require teachers to publish curricula and libraries to publish lists of available books. Where do you fall on this?

Well, I’m not concerned about the transparency of the program and what’s available. It just takes some effort to make it known. I think as parents they should be informed about what the program is. Now, it’s interesting when you have some who want to take certain things out of the program, whether it’s at the state level or at the federal level. And yet, these are some of the same people who will argue for local control. These things contradict each other. And you can’t make rules, laws, and regulations at the state and federal level that keep local decisions out. And then on the other side of your mouth, say that, yeah, but I’m all about local control. Because that’s not the case with what we see. I’m not saying our local legislators do this, but you can certainly see it at the state level and at the federal level. So I don’t think that’s a bad thing for transparency in terms of the release of that information. They should be able to know and see what their children are learning in school.

Is this pressure for greater parental involvement – ​​some would say interference – in what happens at school a new phenomenon? Or is it something that arises cyclically?

I think it’s more of a cyclical thing because I haven’t seen anything like it in over 30 years. But some of these attacks that reach us do not necessarily come from our own community. In my case, when we saw people showing up at board meetings who were speaking out against critical race theory, the sex ed curriculum – whatever the case – most of those people didn’t weren’t even members of the District 87 community. And many of my peers could say the same in their communities. So if you peel that and look at what your local people want and are interested in, they’re invested and they see what you’re doing. And they in general support him.

So is this a trend you hope to reverse?

Well, I’d like to say it’s possible. But when you start getting involved in politics, I’ve certainly seen more today than ever. And when you look at midterm elections at the federal level and a presidential election not too far down the road, that will ripple down to the local level. In fact, where school board elections used to be non-partisan, I see a lot more partisan politics when it comes to school board elections. And that’s unfortunate because most people go into it to serve the good of the children in the community. And now you’re starting to see, even at the local level, that some are operating on specific agendas that go beyond that. And that, to me, is a little discouraging.

Ideas about school safety certainly tend to split along partisan lines. And here we are again in the middle of another national debate about what should be done to prevent mass shootings. What are your feelings about this?

Well, here locally we do a lot of very good work. In school security, we have a full-time director of safety and security. We have two resource officers — one in middle school and one in high school. Our buildings are close to each other, so the Bloomington Police Department’s response time is quick should we ever need a real emergency.

But the reality is that our best security is the information that comes from our students, from our community, to be proactive and fix problems before they start. Our biggest challenge, quite frankly, is social media and the issues that creates in terms of conflict. If we could get rid of that, we would probably solve 70-80% of the conflicts we have in schools. But this is not the reality.

Calls were renewed following the Uvalde massacre for teachers to be armed. Where do you stand on this question?

I think it’s one of the dumbest ideas in the history of ideas. You know, a policeman is highly qualified and trained. And the last thing they want to do is pull out that gun and pull the trigger. The last thing I want to do is put guns in the hands of teachers. That’s not why they signed up. If you think about the training that should be associated with that, the safety of a gun…you know, I would have nightmares of Mr. Smith coming into the office and saying, “I can’t find my gun today. So what do we do ? At first glance, this may seem like a great idea. But for us, in a context where we have the local police nearby, it makes absolutely no sense to do that.

Start of construction work on the new VMCH retirement village