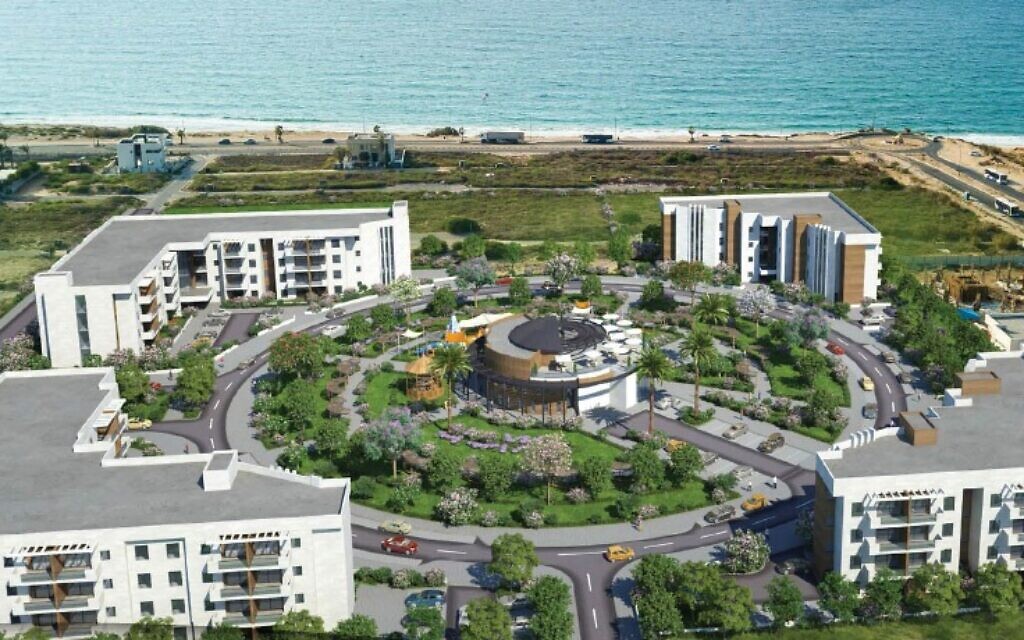 Construction crews opened a new luxury retreat complex overlooking the Mediterranean Sea in Ashkelon this month. Within two years, four apartment buildings containing around 160 apartments in total will be completed, creating a village in the coastal town for elderly tenants.

The project – which promises it will be as good as or better than America’s retirement villages – reaches about 80 seniors’ residences across the country. These offer a range of services, from simple cohabitation with people of the same generation, to the full-time care of people with illnesses such as Alzheimer’s disease. There is also 180 day centers that provide social interaction and activities for those who live independently.

Israel is a young country, with around a third of the population made up of children between the ages of 0 and 14, according to demographic data made available earlier this year. However, people over the age of 65 number around 1.14 million – or around 12% – and that number is expected to rise.

Among other priorities, the government has building plans to include smaller flats and long-term rental apartments, projects that can help house older people, many of whom want to retain their independence. But some research shows that there are benefits to living in a retirement community as people age, especially if mobility and loneliness become issues.

Ashkelon’s new project is inspired by villages for the elderly in the United States, said David Zwebner, a long-term Ashkelon real estate agent who leads marketing for the new retirement village.

Sign up for free at ToI
Israel Real Estate Newsletter

The village “will not just be a house, although we will be selling individual apartments, it will be a community that can share a high quality of life together,” Zwebner said.

“We are modeling the program on the best deal for seniors in the United States, which has led the way in retirement communities. It’s for the active senior looking for a beachfront property where they can enjoy life for as long as possible and where they can continue to live even as their health deteriorates as they age.

Artist’s impression of the proposed apartment buildings for the new retirement complex under construction in Ashkelon, August 2022. (Courtesy of David Zwebner)

Those who buy into the project will have a choice of one-, two-, and three-bedroom apartments, all with two bathrooms, measuring between 65 and 95 square meters (700 to 1,023 square feet). There will be a large indoor swimming pool, gymnasium, sauna and jacuzzi, as well as other common areas for regular village activities. Food will be available to order as needed, and there will be 24-hour on-site medical facilities, with a nurse in permanent residence, Zwebner said.

There is no age limit for who can participate in the project, only for those who can live there, he told The Times of Israel. It is therefore possible for investors or children of elderly parents to buy an apartment in the complex.

For the first month, the development is open only to existing residents of Ashkelon, who also receive a 5% discount for the initial purchase. After that, the project will be announced throughout Israel, as well as communities in South Africa, the United States and Europe.

Zwebner said he plans to entice retirees to move to Israel and choose Ashkelon, which he considers one of the most underrated places in the country. 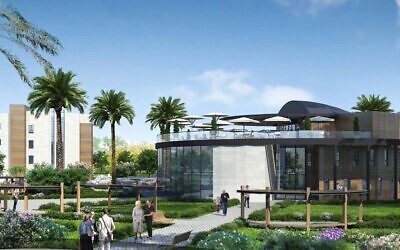 Artist’s impression of the central community block of the retirement village currently under construction in Ashkelon, August 2022. (Courtesy of David Zwebner)

Zwebner said affordability isn’t the only entry criteria. “There will be a committee to review and approve residents, to ensure that the village functions effectively as a community and that we maintain standards. If we can achieve that, we will create something really special for everyone who lives there,” he said.

You are a dedicated reader

We’re really glad you read X Articles from The Times of Israel over the past month.

That’s why we started The Times of Israel ten years ago – to provide discerning readers like you with must-read coverage of Israel and the Jewish world.

So now we have a request. Unlike other media, we don’t have a paywall in place. But since the journalism we do is expensive, we invite readers to whom The Times of Israel has become important to support our work by joining The Times of Israel community.

For just $6 a month, you can help support our quality journalism while benefiting from The Times of Israel WITHOUT ADVERTISINGas well as access Exclusive content only available to members of the Times of Israel community.

Thanks,
David Horovitz, founding editor of The Times of Israel

Already a member? Log in to stop seeing this

Residents unable to use facilities after retirement village flooded