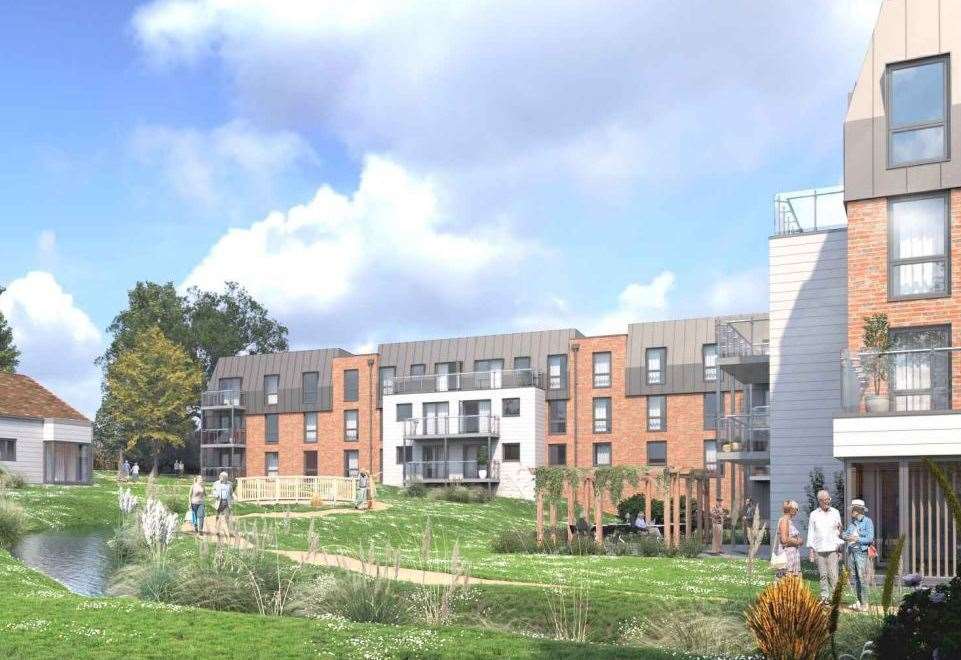 An abandoned summer camp could become a retirement village

A once bustling Christian holiday camp, abandoned for 15 years, is being transformed into a sprawling retirement village.

Developer Xiros Limited has unveiled plans to turn Herne Bay Court into a 60-bed care home, with a further 72 flats and 49 bungalows.

A shop, restaurant and hairdressers – all of which will be run by the new facility – will also be erected on the nine-acre site on Canterbury Road, one of the main roads into Herne Bay.

Residents believe the proposals will “only be good for the area”, as the monument has attracted vandals and unruly teenagers since it was vacated in 2007.

Neighbor Ray Radmore, whose Parsonage Road cattery faces the plot, told KentOnline: ‘I hope it happens because we’ve had so much vandalism there.

“The kids broke in just for fun – it’s getting ridiculous and one of them is going to get hurt.

“It happens once or twice a week, even now. At the height of it, people were also taking the lead.

“Provided we have the right number of doctors in place then it will only be good for the region as it is a lovely green site in a perfect position.

“It’s going to be like a mini village, and it’ll be good for the community. Go for it.”

Originally known as Parsonage House, the site was built in 1896.

Shortly after, it housed an engineering school, before being occupied by a succession of military units during the Second World War.

Shortly after changing hands in 1948, the grounds were transformed into a Christian convention and vacation center, where visitors have enjoyed its facilities for nearly 60 years.

At the time, its main building overlooked lawns, a swimming pool and tennis courts.

Falling demand and the prospect of housing developments near the site influenced the decision of the owners of the Shropshire-based Center Ministries Office to sell.

Senior Councilor Andrew Cook added: ‘The building is a waste of space at the moment.

“The movement on this site is a good thing, and the concept [of a retirement village] looks positive.

Cllr Cook says Kent County Council had recently considered whether Herne Bay Court would be a suitable site to house a new secondary school, but it was deemed too small for such a project.

Documents show that Xiros wants to demolish part of the main building and build an extension to create a retirement home equipped with 60 en-suite bedrooms.

The new bungalows and apartments will be service residences and independent residences for the elderly.

Xiros expects the retirement village to employ up to 17 full-time people.

Plans filed this week with Canterbury City Council state: “Xiros has been working for 24 months to deliver a well designed and deliverable programme.

“The backers are now in place to deliver the site.

“The funder’s approach to care is to design and build unique, market-leading facilities for the elderly population and for those who wish to live independently but also require a level of daily care.”

This is not the first time that a retirement village has been proposed for the Eddington land.

In 2012 developers revealed plans for a £30 million scheme, which included 150 apartments, a health and wellness center and a clubhouse.

Consultation on the proposals took place that year and it was hoped construction could begin in 2014 – with the village creating 150 jobs.

But initial plans were pushed back by council officials in November 2012 as concerns were raised about its size, layout and scale.

A revised offer of 117 units was submitted the following year, before being approved in December 2013.

Work was due to start in January 2015, but was later postponed to the following year.

“The existing building permit was never built due to the former developer’s difficulties in obtaining financing, before the land was acquired by Xiros,” the planning documents add.

“Vandalism is a problem here – despite the security measures taken – and it is in the interest of the site that it is developed with active use rather than lying dormant.

“The proposal brings an abandoned site back to the community and reconsiders the retirement village model as one that can be successfully delivered.”